The Friends of Calverley Grounds was formed in 2012 following a meeting in the February proposing the creation of a friends group for the public park in the centre of Royal Tunbridge Wells.

A group of local residents took up the challenge and the first projects quickly took off: organising the relocation of litter bins and benches, planting of thorny bushes to deter the climbing of walls, and launching the first photography competition which has run over several winters producing some fantastic photos by park visitors.

Over the small number of years Friends of Calverley Grounds has been in existence, a number of gardening projects and other activities involving all age groups have been undertaken including: the planting of the Dowding Memorial flower bed, and shrubs and snowdrops in other areas of the park; the two year rose bed rejuvination project in the long flower beds in front of the cafe; In Bloom planting by all age groups including a trough by Claremont School; sunflower growing competition for children; helping with the planting of The Cross Pollination Project bee friendly plants; and working with the council to make small improvements to the facilities for users of the park such as football nets on the basketball court.

In addition to the projects we organise and work on, we are consulted by the council events team on events taking place in Calverley Grounds to ensure that all aspects have been considered to manage the disruption to local residents and users of the park. One of FoCG’s earliest projects was to identify the areas of the park that needed improvement and facilities that were missing. The old bowling green and pavilion were clearly the top priority for improvement and a children’s play area the top facility missing from the park, closely followed by more interested planting. This survey was the seed for the Calverley Adventure Grounds project.. 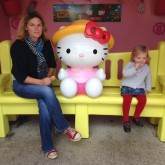